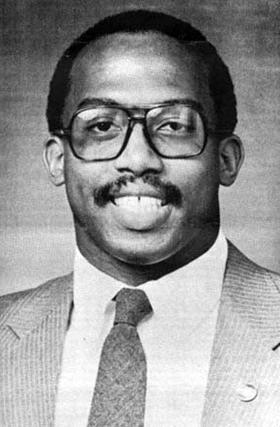 A ceremony was held Thursday night at the dining hall of Yale University’s Calhoun College to celebrate an Arkansan who died tragically in a car accident in 1984 during his last semester at the Ivy League school.

Roosevelt “Rosey” Thompson was a Rhodes Scholarship recipient, Little Rock Central High School graduate and former Gov. Bill Clinton aide. The ceremony, to formally name the dining hall in his honor, was attended by more than 60 alumni and family members, according to the Yale Daily News.

“Part of it has to do with what he stands for to students today,” she says. “Some of those reasons are very important values for them: a commitment to equality, to inclusion, and I would also say to a kind of honorable national service and civic good that is intensely meaningful to students.”

A Yale student movement arose earlier this year to rename Calhoun College, one of the university’s 12 undergraduate residential colleges. The college derives its moniker from John C. Calhoun, the 19th Century South Carolina Senator who defended slavery. Calhoun was a graduate of the New Haven, Connecticut-based school. Last year, many students tried to rename the college after Thompson, who was black.

Thompson lived at Calhoun College while a Yale undergraduate. He was elected as president of college’s student council as a sophomore. He worked in the New Haven city’s government’s neighborhood and housing office and volunteered at the city’s public schools. He also played on the on the offensive line on the Yale football team.

“In addition to his personal story and great charm and his role at Calhoun College and in the broader community—those broader goals still resonate for our students and are a huge animating part of why his name means so much to them,” Adams says.

A new portrait of Thompson by German artist Mirjam Brückner was installed in the dining hall on Monday. Adams describes it as a “semi-abstract woodcut print.” Adams says the portrait contains allusions to Thomspon’s Arkansas heritage, with depictions of the state flower, the Apple Blossom; and the state bird, the Mockingbird.

Along with the portrait, Adams says a new plaque honoring Thompson’s memory is installed on a column in the central space of the dining hall. A 1984 carving of Roosevelt Thompson’s name also remains on a wall of the dining hall. Adams says the carving is a tradition for recipients of the college’s Cogswell Award. The award is given to graduating seniors for special contributions to the Calhoun College and beyond, she says.

When Thompson died, his funeral was attended by nearly 1,500 people. A branch of the Central Arkansas Library System in Little Rock is named after him.

Below is a trailer for an upcoming documentary about Thompson.