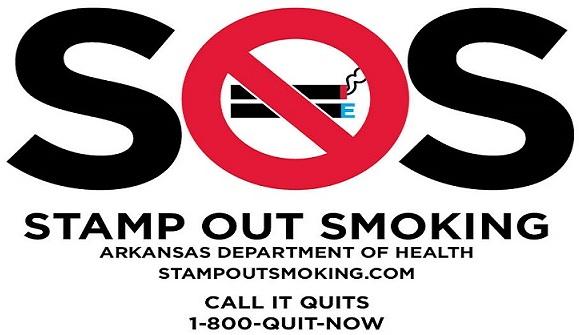 With virtually no notice from the Arkansas Health Department and no word from the media, legislators reversed direction last month and renewed the state’s contract with Denver-based National Jewish Health and its 1-800-QUIT-NOW hotline for smokers.

A contract worth more than $1.8 million was reviewed by a Legislative Council subcommittee on Aug. 16 and accepted by the entire council three days later. The new expiration is June 30, but state Sen. Bart Hester (R-Cave Springs) says the end is nearer than that.

This $1.8 million isn’t a part of the state’s general revenue that legislators continually adjust. It’s a slice of the annual Master Tobacco Settlement, a product of the legal agreement five Big Tobacco companies reached in the late 1990s with 46 states’ attorneys general after decades of deceptive and misanthropic marketing and promotion of tobacco products. Along with new prohibitions on advertising, the settlement demanded the industry come up with $10 billion each year, every year, to be spread across the country. In fiscal year 2017, that is, the current one, Arkansas’s share approaches $50 million.

Just before the start of summer, Hester raised the specter in a council meeting of the country’s third most tobacco-addicted state — that’s Arkansas, according to the Centers for Disease Control — quitting the tobacco “quitline.” It’s costly, redundant, and overreaching, he said.

One of those Hester grilled is Dr. Gary Wheeler, chief medical officer of the Arkansas Department of Health. (A pediatrician by training, Wheeler’s getting folks to kick the habit is a personal and professional crusade.) 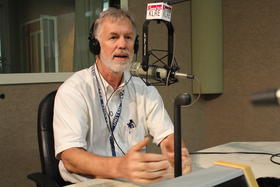 Where the matter gets interesting for budget wonks as well as public health administrators — and lawyers — is, the quitline is not paid for by Arkansas taxpayers. It’s not a state budget line item. The $1.8 million the Council approved for the quitline last month comes out of the $50 million Master Tobacco Settlement, for which the state has gathered an oversight commission (the Arkansas Tobacco Settlement Commission) and passed an initiated act.

See, Arkansas in 2000 did a thing some might call wholly uncharacteristic for a state with a long history of laissez faire libertarianism: Confronted with a tidy little windfall — the settlement — the state whipped up a neat referendum for voters that expressly directed the court-ordered spoils be spent on health care.

And Arkansas voters approved the referendum by a nearly two-thirds majority.

Its execution is overseen by the Arkansas Tobacco Settlement Commission, itself comprised of health professionals, educators and public administrators who mean to monitor and evaluate stewardship of the settlement, and within that, the state’s efforts at stopping and preventing tobacco addiction.

Chairman Susan Hanrahan declined through director Misty Murphey to comment on the issue of diverting those dollars, but on August 1, in a biennial report to the governor and state legislature, the commission recommended no changes to disbursement of Settlement dollars.

Significant recipients include the Department of Human Services’ Medicaid expansion, the Arkansas Bioscience Institute, the University of Arkansas for Medical Sciences’ Donald W. Reynolds Center on Aging and the Fay W. Boozman College of Public Health, UAMS East (formerly the Delta Area Health Education Center) and the Minority Health Commission’s Minority Health Initiative. One of the biggest recipients, though, is the state’s health department, the only stakeholder who, in turn, delivers statewide tobacco prevention programming.

Hester would like settlement dollars to go for causes more important and more innocent than smoking cessation.

“I would say we could use that $1.8 million to fund our foster care system,” he said earlier this month. “To take care of children who are in that position through no fault of their own.” 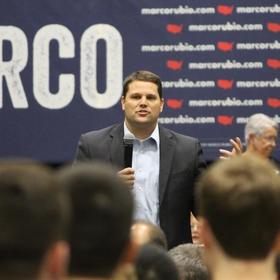 “Adults with cigarettes make that choice every time they light one. They’re adults. They make the choice to [harm themselves]. Our kids in foster care don’t make that choice.”

As for the 16-year-old popular vote that prohibited such spending from the Settlement, Hester said the legislature has the power to transmute the initiated act.

“You know, we have a constitution and rules in place that allow for that you know, and I would argue that the people of Arkansas have given us as the legislature the authority to change the constitution and those acts with a, I think it’s a two-thirds vote. If we’re able to reach two-thirds then we can do that, and it could just be a different way to use that money. Right?”

Another way he imagines the shift in Settlement revenue away from tobacco-related health programs is for foster system case workers to pay lip service to smoking cessation.

“Say we use that money to hire more foster care workers, and those foster care workers spend a portion of their time when they meet with parents, they talk about the dangers of smoking and secondhand smoke to children. I mean, you can easily get around or get through the obstacles that it has to be used for smoking cessation.

“It’s nothing for our family service workers to carry around pamphlets about the dangers of secondhand smoke.”

Gary Wheeler said a two-thirds vote in both chambers could indeed override the popular vote of 2000 and reallocate settlement dollars.

“I’m not sure that it makes a lot of sense to target the quitline, which is probably one of the best investments we have, as opposed to other programs in state government.”

He’s basing that largely on evaluations of the quitline by independent surveyors. The most recent report (2014) comes from the Institute of Government at the University of Arkansas at Little Rock. Nearly 13,000 Arkansans registered for cessation intervention. By the seven-month mark, roughly a quarter to a third of those reported they were still tobacco-free, including 33 percent of pregnant women and new mothers.

Wheeler said state government, if it’s serious about quitting the quitline, should strongly consider regulatory changes that would compensate for the lack of positive assistance. He mentioned tobacco disincentives such as a statewide prohibition on smoking indoors, a hike in the sales tax on tobacco, a raise in the sale age to 21 years old.

In fact, on Thursday, Sept. 1, the city of Helena-West Helena became the first community in the state to test a new prohibition on the sale of tobacco products to anyone under 21.

“Those are symbolic things that discourage people from smoking, [that] change the norm of whether tobacco is acceptable.”

On any given weekday, government workers in and around the state Capitol slip outside in search of dim corners and shaded nooks for smoke breaks. On a recent morning, most said they’d heard of but never tried the quitline, and no, they would not say so on tape. Why? Perhaps they feel, as one man said, “ostracized” by their tobacco habit.

A 41-year-old Little Rock woman said she called the quitline five years ago, and “it was very, very helpful. They provided me with all the necessary tools that I needed, and I was able to have a coach to call and talk to whenever I felt the urge to smoke and needed to work my way through it.”

The quitline operated by National Jewish Health offers registrants access to nicotine replacement therapies (the patch, the gum and/or the lozenge) to those who qualify.

Would she call again?

“Yes, I have within the last two years,” and she’s recommended it to at least four other smokers.

Across Interstate 630, Edward and Natalie Mishko of Hot Springs stood on the sidewalk of the campus of Arkansas Children’s Hospital, and while Natalie smoked a cigarette, Edward bounced their baby boy, Edward Wolfgang Mishko, in the crook of an arm.

“I quit for almost two years by myself,” Natalie said. “I just put them down and quit smoking. Just started eating a whole bunch of candy and kept myself busy. I don’t need their help.”

Both Mishkos, and Natalie’s mother, she said, tried a cessation hotline — she couldn’t say if it was 1-800-QUIT-NOW — and felt betrayed by it.

“They don’t help. And even when you call them, they’re kind of rude on the phone with you as it is. They make you feel guilty that you’re smoking, and then they put you down, and then they want to go through this long story about why it’s not good to smoke and this and this.”

According to the most recent data from the Centers for Disease Control, Arkansas is third in the nation behind only Kentucky and West Virginia in the prevalence of adults and young people who smoke regularly.