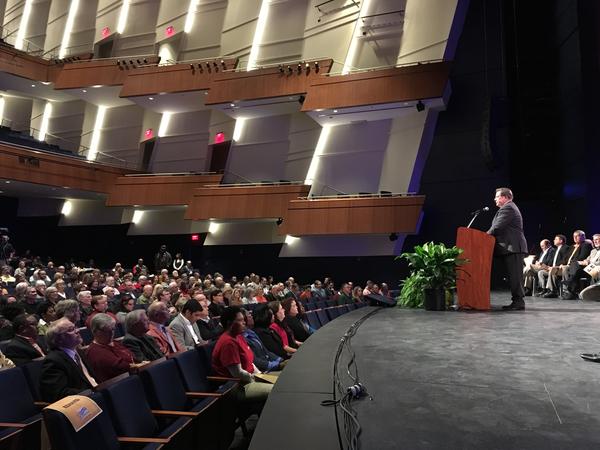 After a $70 million renovation, funded by a two percent rededicated advertising and promotion tax approved by voters in 2013, on Thursday the doors of an iconic Little Rock performance venue were reopened to the public.

"Welcome to Robinson Auditorium, a second act of a wonderful, wonderful facility," Little Rock Mayor Mark Stodola said to applause from hundreds who attended the event. He and other officials proudly noted several times during the ceremony that the project was completed on time and on budget. 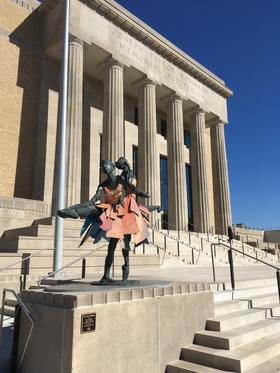 Work officially began in July 2014, but there had been discussions long before then about whether to abandon the facility, deemed to be outdated, or convince taxpayers to cover the cost of an extensive renovation. Work included gutting the facility to its steel and concrete shell and rebuilding the interior.

"We have an opportunity to see new life coming to a wonderful facility that is going to be enjoyed by generations of individuals coming to Little Rock, living in Little Rock, to come in the many years following today," Stodola said.

He invoked the names of many legendary, long gone performers who played there over the years, including Elvis Presley, Duke Ellington, Ray Charles, Bob Hope and Nat King Cole. The venue first opened in 1939.

Gov. Asa Hutchinson shared his experiences, calling it important for the history of the state.

"I recall in terms of my attendance here, 1983, I lived in Fort Smith and I came here to see (ballet dancer) Mikhail Baryshnikov perform. When we honored (civil rights leader) Daisy Bates in a memorial service in 2000 I came here," Hutchinson said. "I’m so grateful to the people of Little Rock that voted to use the tax for this purpose. But please understand how important this is for the people of Arkansas.

Robinson Auditorium opened after decades of talk of building a municipal auditorium. It was named in honor of longtime U.S. Senator, Governor and Congressman Joseph T. Robinson. But by modern standards, acoustics left many disappointed. Because of loading issues, it also couldn't handle large touring Broadway shows.

JaffeHolden Acoustics, an internationally acclaimed consulting firm, was brought in to guide the renovations, which involved acoustic panels can be easily adjusted to deliver the best possible sound for any given type of performance. 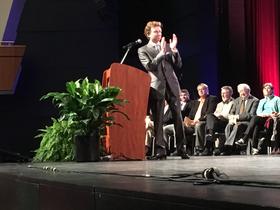 As home to the Arkansas Symphony Orchestra, Conductor Philip Mann called the reopening of Robinson Center a watershed moment.

"I stand before you really as one of the greatest recipients of this community's generosity. I speak on behalf of the Arkansas Symphony and the extraordinary musicians of this great state institution because what we're sitting in right now is our instrument," Mann said. "It's not simply our place of work, it's not the space where people buy a ticket to come watch us play, but it's indeed the very resonate space, the resonating membrane that translates our art form from our instruments to your ears."

The symphony will inaugurate the facility in the coming weeks with its annual Opus Ball in the new ballroom on Saturday, then host performances Nov. 19 and 20 in the performance hall.

"It's just simply amazing. I'm so proud that we've invested in this grand old lady for the future generations. It's such an important and historic icon," Peck said.

After the event, tours of the building were provided. The facility includes newly expanded lobbies and restrooms, the grand ballroom on the roof, new meeting rooms and a large outdoor terrace facing the Arkansas River. 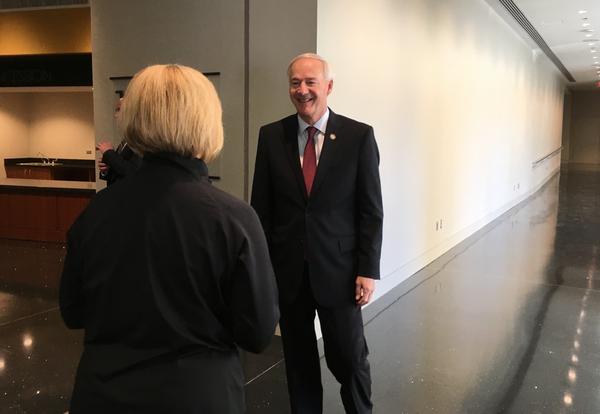