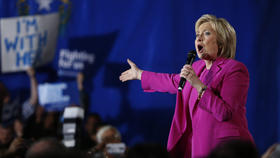 Hillary Clinton’s defeat in the presidential election may have some women getting more involved in state level politics.

Nearly a year ago, well before the election results, Arkansas Advocates for Children and Families (AACF) began hosting regular conversations about the impact of state policies on women and children in the state. The discussions were open to all women, and only women. The next meeting is scheduled for Tuesday, Nov. 15.

“The level of interest has certainly increased this time,” said AACF Senior Policy Analyst, Ellie Wheeler. “I think that is due to a lot of people feeling the desire to be more engaged in policy. And maybe some people who haven’t really been involved before are more interested in being involved at the state level.”

The meeting’s stated focus is economic opportunities for women. The experience of the last legislative session shows a tough road ahead.

Wheeler said, “During the last legislative session we tried to get paid maternity leave for state-level employees in Arkansas and we’re going to be trying for that again. We’re also going to be talking about quality pre-k, and health care, and how all of these things, even things like tax policy, how all of those different issues specifically affect women and children in our state.”

The impact of women voters on the presidential election was one of many unexpected factors in Clinton’s defeat. A majority of women backed Clinton over Donald Trump but by a smaller than anticipated margin of 54% to 42%.