Ballot Issue Asks Arkansans to Rule on Where Malpractice Awards Are Set, Courtrooms or the Capitol?

The third leading cause of death in the U.S. after heart disease and cancer is medical errors, a set of Johns Hopkins University researchers concluded in a paper published this spring in The BMJ. So how much should we be able to sue for our pain and suffering when doctors make mistakes, and should the state legislature get to decide?

In November voters will go to the polls to decide ballot Issue 4. A ‘yes’ vote allows legislators to limit how much patients can sue for non-economic damages and cap attorney contingency fees. It does this, not directly, but by amending the state’s constitution to allow the legislature to vote for changes. 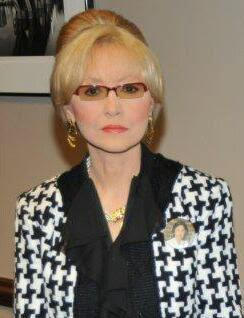 Martha Deaver is head of the group Arkansas Advocates for Nursing Home Residents and she’s against Issue 4’s proposed tort reform. She settled a malpractice suit for her mother’s death at a Conway nursing home in 1999.

“Being able to sue gave me and my family a way of feeling that in some small way they were held accountable,” says Deaver.

In Arkansas, 1 in 4 nursing homes was cited for serious deficiencies by federal inspectors in the last three years. For these, they were penalized a total of $2.44 million, according to data compiled by the journalism nonprofit Propublica.

Deaver says for people like her mother who have no income, there can be just one avenue to sue, and that’s for non-economic damages like pain and suffering (for working adults, there’s lost productivity and wages).

Issue 4 would amend the state’s constitution to allow the legislature to cap non-economic damages from medical malpractice lawsuits at a minimum of $250,000, meaning a larger cap could be implemented.The amendment would also allow lawmakers to limit contingency fees set by attorneys to 33 ⅓ percent after costs.

The proposed tort reform amendment is funded by nearly half a million dollars from an Arkansas nursing home trade group. In total, the ballot initiative committee Health Care Access for Arkansans reported $870,710 in fundraising between May and July. An opposition group, the Committee to Protect AR Families, reported $420,430 in July, a sum mostly contributed by area law firms and attorneys.

Denise Hoggard is president of the Arkansas Bar Association.  She says attorneys who currently finance the hefty preparation costs of malpractice cases involving non-economic claims simply won’t be able to afford doing them if a cap is approved. In fact, a cap would have the effect of limiting Arkansans’ access to the courts.

“If we’re creating an environment where doctors want to come because they can commit negligence against our people and not pay what a jury thinks they ought to, then I’m not in favor of that.”

The bar association has filed one of two lawsuits over this ballot inititiative pending before the Arkansas Supreme Court. Its suit claims voters won’t know the amendment will direct the legislature to hamstring jury awards. 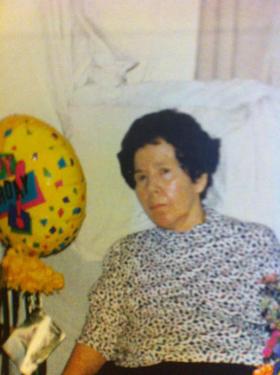 It also says the amendment would abjure the U.S. Constitution’s separation of powers directive since it would allow the legislature to direct the courts, in this instance, in the manner of compensatory awards.The second suit, filed by Protect AR Families, claims some ballot signatures were improperly gathered.

Daniel Greenburg is an attorney for Health Care Access for Arkansans and helped write the amendment. He says medical malpractice suits are often silly but their big payouts are driving doctors away from the state.

“Every time a healthcare provider steps into, you know, the operating room, or steps into some place where they are giving care, they are facing kind of a negative lottery. They are facing a chance of a huge verdict against them,” he says.

The American Medical Association, which supports tort reform, says 40 percent of doctors have been sued by age 55, and almost half of those cases involved no error.

There isn’t evidence per se of doctors leaving Arkansas for that reason, but the Robert Wood Johnson Foundation reviewed research in 2006 and found capping awards on non-economic damages has a small but positive effect of increasing state-level physician populations by several percent per capita.

Darren McKinney, spokesman for the Washington-based American Tort Reform Association, says malpractice suits drive the costs of healthcare up, and that one unintended consequence is doctors spend more on tests in order to be unimpeachably thorough and avoid getting sued (or culpability should they be sued), all of which drives insurance premiums up.

Lawyers’ profits are the root of the problem.

“The trial lawyers would have us believe that they are sticking up for little guys and so on. In fact, their work — that in some cases, in many cases, makes them very rich — ultimately denies communities much needed, critical healthcare.”

While 27 states have implemented some type of tort reform, this isn’t the first go-around in Arkansas. A previous amendment failed to gain sufficient support in the 2013 legislative session.

Data from the Centers of Medicare and Medicaid Services show medical negligence is 0.2 percent of health care spending in the United States. In Arkansas, doctors pay the tenth lowest premiums nationwide, according to the Medical Liability Monitor.