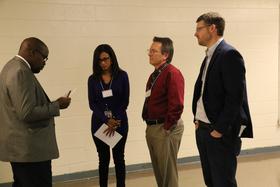 Arkansas has carried out its final execution for the month of April. 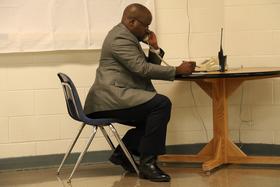 Williams' execution, which had been scheduled for 7 p.m., was on hold while the U.S. Supreme Court reviewed legal challenges. It ultimately denied all claims.

A prison spokesman said Williams shook for approximately 10 seconds about three minutes into the lethal injection.

Kissel of the Associated Press says Williams was, "coughing, convulsing, lurching, jerking" for more than 20 seconds with sound audible through glass, even with the microphone turned off. The state turns off the microphone in the death chamber after the inmate is allowed to make a final statement, so witnesses can not hear the execution through it.

A spokesman for the governor said the shaking is a "known involuntary muscular reaction" to midazolam, the controversial sedative given as the first drug in the lethal injection process. Concerns over midazolam have focused on whether the drug, which is used in minor surgical procedures, can adequately render an inmate unconscious. 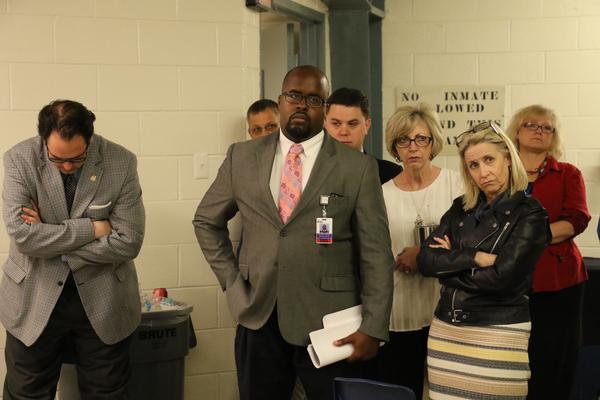 Midazolam has been linked to botched executions where the inmate wakes up while receiving the subsequent two drugs including potassium choloride, which is known for being excruciatingly painful and is often referred to as "liquid fire" by members of the medical community. Justice Sonia Sotomayor called it "the chemical equivalent of being burned at the stake."

But the governor's office once again praised the Arkansas Department of Correction, saying it carried out the executions smoothly. The victim's family echoed that sentiment, and thanked the governor and the Department for "flawlessly carrying out" the execution.

In his final statement from the death chamber, Williams said, "I extend my sincerest of apologies to the families I have senselessly wronged and deprived of their loved ones... I was more than wrong. The crimes I perpetrated against you all was senseless, extremely hurtful and inexcusable." 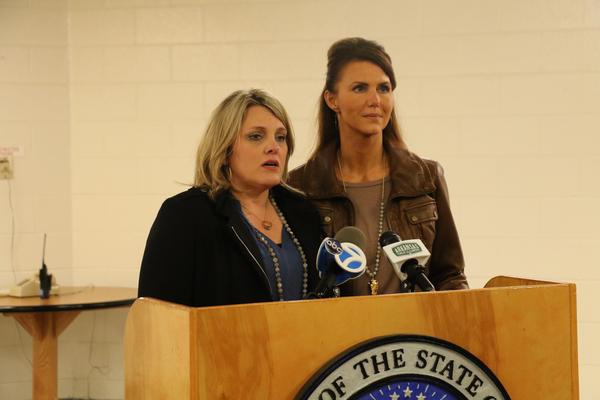 Williams was convicted of the 1998 killing of a 19-year-old University of Pine Bluff cheerleader, Dominique Heard, for which he was sentenced to life imprisonment. While interned at the Arkansas Department Correction's Cummins Unit, he escaped on a prison vehicle's hog slop container. 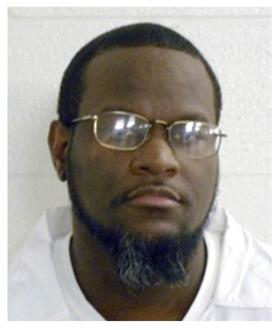 During his escape, Williams killed a nearby resident, Cecil Boren, who happened to be a former assistant warden in the prison system.

His daughters thanked Governor Asa Hutchinson and the ADC after his execution.

"We feel justice has been served," Holly King, Boren's daughter, told the press.

"Its not closure," said her sister, Jodie Efird, "It's just that we don't have to endure this anymore."

Williams stole Boren's vehicle and drove across the state line into southern Missouri, where he led law enforcement officers in a high speed chase, which resulted in a collision that led to the death of another motorist.

Williams was convicted and sentenced to death in the capital murder of Boren.

His attorneys argued he was at high risk for a painful death from the three-drug lethal injection cocktail due to sickle cell trait, Lupus and organic brain damage.

They also said Williams has a low I.Q. of 70 and should not be eligible for the death penalty.

The media witnesses for the execution were Knowles Adkisson of the Pine Bluff Commercial, Donna Terrell of KLRT Fox 16, and Kelly Kissel of the Associated Press.

"I humbly extend my sincerest of apologies to the families I senselessly wronged and deprived of their loved ones. The families of: Dominique Hurd, Jerell Jenkins, Cecil Boren, Michael Greenwood. I was more than wrong. The crimes I perpeturated against you all was senseless, extremely hurtful, and inexcusable. I humbly beg your forgiveness, and pray you find the peace, healing, and closure you all deserve."

"To Kayla Greenwood and the whole Greenwood family, the acts of grace, forgiveness and mercy you demonstrated toward the person who had taken so much from you, by bringing to me in prison my own baby and grandchild, right be fore my scheduled execution. No rapist, murderer, terrorist, butcher, barbarian; no even old Beelzebub himself; could withstand such a blast of glorious Light and continue too walk in darkness."

"I am not the same person I was. I've been transformed. Some things can't be undone. I seek forgiveness. The next words will be spoke in my native tounges" (Williams went on to speak in tounges).

"The long path of justice ended tonight and Arkansans can reflect on the last two weeks with confidence that our system of laws in this state has worked," said Arkansas Governor Asa Hutchinson in a statement he released shortly after tonight's execution, the last lethal injection scheduled for this month.

Meanwhile, Arkansas Attorney General Leslie Rutledge said, "Tonight the rule of law was upheld as the family of Cecil Boren saw justice done. On October 3, 1999, Cecil was simply going about his daily life at his home near the Cummins Prison Unit when he was shot and killed by an escapee who was serving life imprisonment without parole for capital murder. I pray this lawful execution will bring closure and peace to the Boren family."