Vaping May Be Just as Damaging to Oral Health as Cigarettes

Alarming reports of lung-related injuries linked to vaping are raising awareness about the potential risks associated with the use of electronic cigarettes, widely marketed as a healthy alternative to smoking tobacco. But new research also indicates that vaping may impair oral health.

The Centers for Disease Control and Prevention estimate vaping is associated with about 2,400 illnesses and 52 deaths in the United States since it began tracking the numbers back in March of 2018. Additional  research is also being funneled into understanding the long-term effects of vaping tobacco on oral health.

Ahmad Besaratinia, an associate professor of preventive medicine at the University of Southern California, says vaping liquids contain chemicals, flavorings and additives which may be harmful.

"Even low concentration of very potent cancer-causing chemicals can have adverse biological effects and that was what we saw in vapers," he says.

Besaratinia's study on cancer gene-development in smokers and vapers, shows striking similarities between the two populations. His research is funded through a grant from the National Institute of Dental and Craniofacial Research, which is pressing for more studies on the biological effects of vaping.

"They are creating this phenomenon that it's not as harmful if it doesn't have a hundred plus ingredients which are harmful to health, but it does have ten." - Appathurai Balamurugan, Deputy Chief Medical Officer, Arkansas Department of Heath.

"We see the same detrimental effects on oral health as we do with smoking," he says. "It also binds up  saliva and moisture, which leads to desecration of the soft tissue."

Appathurai Balamurugan, the Deputy Chief Medical Officer for the Department of Health says an added danger is the idea that vaping is safer than cigarettes, which is widely marketed.

"They are creating this phenomenon that it's not as harmful if it doesn't have a hundred plus ingredients which are harmful to health, but it does have ten," Balamurugan says, adding that vaping is extremely popular. "There is no product in history where it was like two percent usage in 2010, and in 2018 it's almost 22 percent."

Dr. Wade Kifer with Northwest Arkansas Family Dental says he's seeing more and more patients who use e-cigarettes. He believes inhalation of nicotine-laced vaping liquid can lead to gum disease. He says research indicates that vaping may be equally as dangerous as smoking.

"We knew tobacco cigarettes caused it, but at first we didn't know," he says.  "But as the research has come out, it's pretty clear that it's not safe."

Vaping causes the gums to slough off tissue,  he says, leading to dry mouth and impeded blood flow.

"So imagine your outer layer of skin just kind of peeling away," Kifer says.

David Elder, a clerk at Vapor Maven in Fayetteville who's an avid vaper, says he started smoking cigarettes when he was 12-years-old. Since switching to vaping six years ago, he says he has only seen benefits--like regaining his sense of taste.

"I noticed it was just how much everything tasted better," he says. "I can't think of any negative effects necessarily."

Still, Elder says, he knows vaping may cause oral issues like ginguvitus and gum disease, but he thinks it's up to users to understand the potential risks.

The Arkansas Department of Health has revamped its tobacco prevention program under the Be Well Arkansas campaign, with special focus on providing information around vaping and health. Ahmad Balamurugan says the program is a state-wide push to help adults and youth curb vaping.

"It's offered both over the phone and in person at our local health units across the state," he says. "So if they are interested in quitting tobacco, including e-cigarettes, they can call the Be Well Arkansas number or visit one of our local health units where we have tobacco treatment specialists who can counsel them."

For now research remains limited, but early results indicate that vaping is not a dental-friendly alternative to smoking.

Support for this series on oral health in Arkansas comes from the Delta Dental of Arkansas Foundation, working to increase access to dental care in the state and improve the oral health of all Arkansans.

This story is produced by Arkansas Public Media, a statewide journalism collaboration among partner stations KUAR, KUAF, KASU and KTXK. 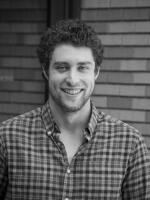