Statehouse Standoff Over Education Funding A Matter Of 'Adequacy' 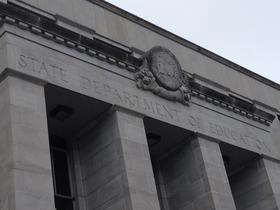 Legislators Monday missed a deadline to agree on a plan for education funding increases known as "adequacy."

A 22 year-old Arkansas Supreme Court decision, commonly referred to as "Lake View," requires lawmakers to fund education adequately before other appropriations are taken up. But lawmakers in the education committee were unable to agree about how much of a funding boost to give to schools.

Those in favor of a 2 to 2.5 percent cost of living adjustment — COLA — were mostly Democrats, like Democratic Caucus Leader Michael John Gray (D-Augusta), who declined to give an exact figure but said districts need a raise, "whether it be teachers’ salaries or whether it be supplies in the classroom or whether it be the ability of those school to provide the correct activities, after school, summer programs, or whatever.”

“They’re wanting to spend a lot of money that the state can’t afford to. I know 'adequacy' needs money, and it takes money to run it. But you should be diligent with our state money, and our taxpayers’ money," he says. "You shouldn’t just throw it away.”

Republicans on the committee would limit spending increases to about half of what Democrats hoped for.

Some lawmakers speculate the Governor may set education spending himself. He has until next Wednesday to present his own education spending budget. He plans to propose an income tax cut this year, though court rulings dictate education funding should be set based on need, regardless of any other budgetary consideration.