The Arkansas Public Service Commission hosted a day-long public hearing Tuesday on net metering, the industry term for people and businesses who generate their own electricity, typically through photovoltaic solar systems, and push that power back onto transmission lines.

The three-member commission heard concerns from more than a hundred people on proposed changes to the size of private electricity generating systems, and charges related to pushing that electricity back onto the grid. 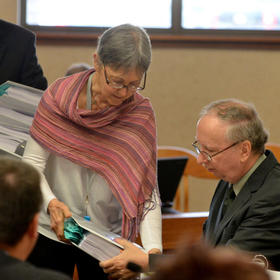 Considering the vanishingly small number of net metering customers in Arkansas, this whole proceeding is nothing more than a tempest in a teapot.”

She called any consideration of a surcharge for residential net meterers “punitive” — not proportional. The state has about four net metering customers for every 10,000 rate payers she pointed out.

“If we were cancer, the EPA would give us a pass.”

Not everyone took such a benign view of the state’s net meterers. Lawyer Jordan Tinsley represents Arkansas Electrical Energy Consumers, this is the trade association paper mills, food distributors and the like. He said net metering customers aren’t paying their fair share, and that means his constituents —  big companies — are footing the bill. 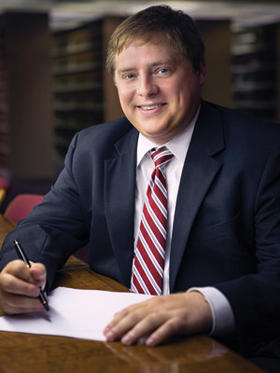 “Our concern in this docket is largely with regard to the shifting of costs from net metering customers to other customers, and if they are getting a break on their rates, it’s not like that’s coming out of the utility’s pocket. That’s being collected from other rate payers.

“We think that this legislation that was enacted in 2015 was aimed to a large degree at correcting an existing subsidy that’s actually harming non-participating customers.”

He’s referring to Act 827 of 2015 that directed the Commission to begin this inquiry into rates and regulations.

Others at the hearing included builders and environmentalists, lawyers for trade groups and Walmart, representatives of solar power companies and members of the Audubon Society and the Sierra Club, utility companies’ lawyers as well as lawyers from the Attorney General’s office and the Commission itself.

It’s clear from the interested parties some issues are bigger than others. One is whether consumers should have the option to lease power generation from a third party, commonly called “leasing.” Southwest Electric Power Company (SWEPCo) attorney Stephen Cuffman said any suggestion of retail competition should be rejected — it’s simply not permitted in this state.

Another is whether those who already have systems and signed agreements should be “grandfathered in” on any revisions — the big utility’s lawyers do not like this (Cuffman said this too isn’t permitted by law), but everyone else including the Commission’s own general counsel does.

A third is whether the state should “cap” businesses who would install really big solar systems, bigger than a megawatt, as L’Oreal just announced it will in North Little Rock. The state Attorney General’s staff lawyer said capping size would surely discourage outside businesses from locating here in the future.

It will be weeks before the Commission will enter its decision into the public record, Commission general counsel Dawn Guthrie said. Afterward, the Commission would set new rules for such energy customers that would then be submitted to the state’s General Assembly for its review and approval.