Senator John Boozman will start a second term in the US Senate this January after defeating Democratic challenger Conner Eldridge last night. Boozman says he’s ready to focus on the things that matter to Republicans.

“… Things like the regulatory burden that’s on our businesses, that are putting a wet blanket again and costing us jobs, healthcare cost – the average Arkansan’s seen his premiums go up dramatically with $5,000-$10,000 deductibles. We’ve got to come together and solve those problems,” Boozman said.

While Boozman made the case for unity on policy in his victory speech, Eldridge pledged to stay engaged in the state’s future, partially due to the response of his supporters during this campaign.

“I’m encouraged by the number of voters who I was able to get to know who put party aside and came up to me repeatedly and said, you know, I’m a Republican, I’m a Democrat and I’m an independent and I see something new and positive in your campaign,” Eldridge said.

Associated Press
The Associated Press is one of the largest and most trusted sources of independent newsgathering, supplying a steady stream of news to its members, international subscribers and commercial customers. AP is neither privately owned nor government-funded; instead, it's a not-for-profit news cooperative owned by its American newspaper and broadcast members.
See stories by Associated Press 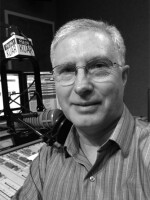 David Wallace
Radio veteran David Wallace began his news and sports reporting career while in college in 1976. These days, it is more of a hobby than a main job. He anchors weekends and is on-call as a reporter-at-large for KUAR. Since moving to Little Rock in 1991, he has won 14 statewide first-place awards for radio journalism. His primary job now is with the state Department of Workforce Services at the Little Rock Workforce Center. He is single with a black lab named Hagan.
See stories by David Wallace